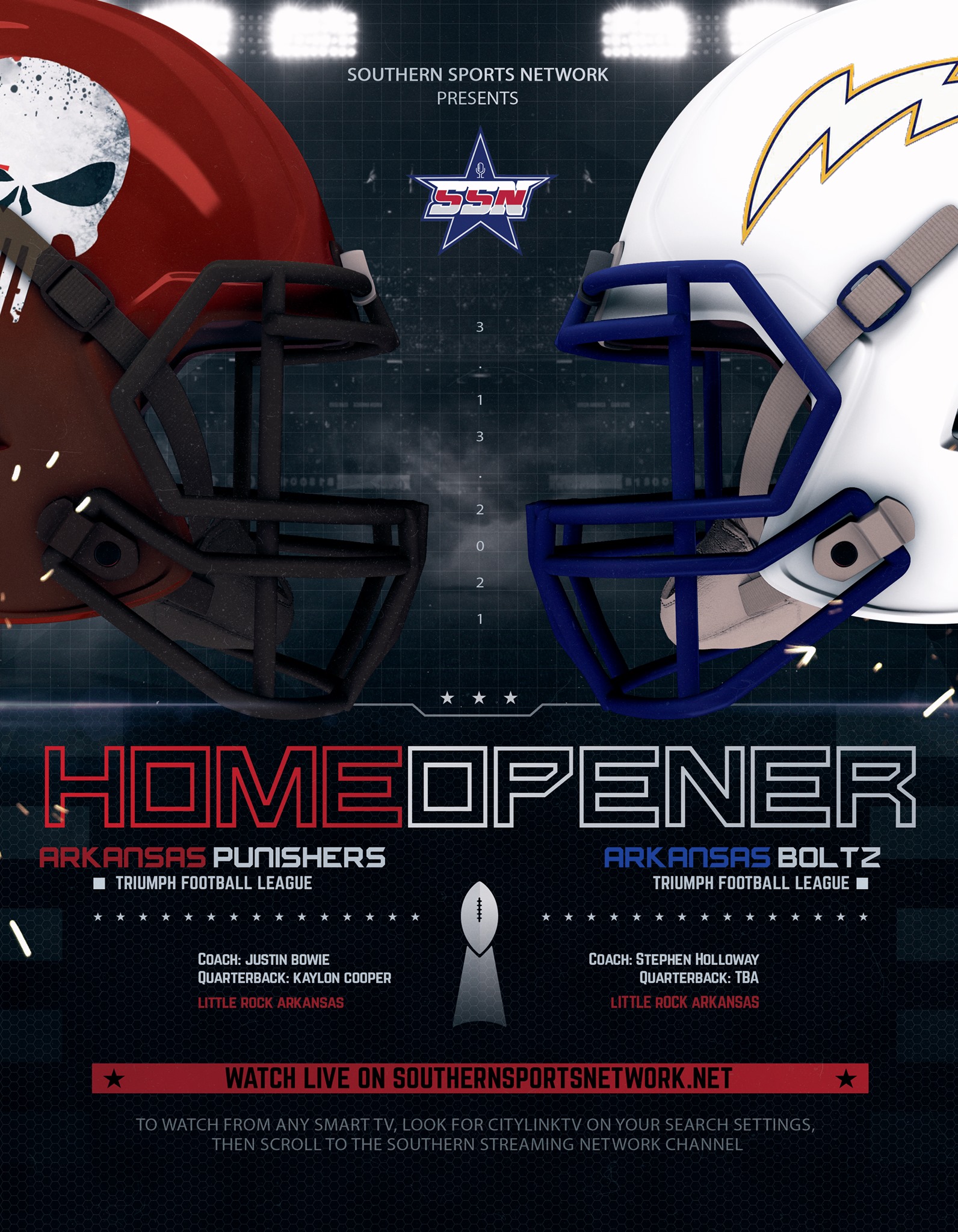 BENTONVILLE, Ark. — The semi-pro season is set to get underway on the Southern Sports Network, March 13th in Little Rock, Arkansas. The first Semi-Pro Saturday Night will feature a intercity showdown between the Arkansas Boltz and the Arkansas Punishers.

This will be the second time the Punishers will be on the Southern Sports Network thus far in 2021. In January the Punishers kicked off its new partnership with historical War Memorial Stadium in a pre-season contest against the Tahlequah Vipers.

While the game didn’t affect either teams’ record, Arkansas came out victorious, 18-13.

This game will also mark the first regular season contest in Punishers’ history.

On the other sideline, the Arkansas Boltz are seasoned organization ready to compete for a division title and the TFL Championship.

Who to Watch: It was clear from the game against the Vipers that the Punishers were able to find its starting quarterback, Kaylon Cooper. Cooper in his limited action, due to splitting snaps with other quarterback Darieus Robinson, threw for 190 yards and two touchdowns and rushed for an additional 21 yards and touchdown in the close win over Tahlequah. With an additional two months of practice and all the starting snaps, look for Cooper to be a difference maker March 20th.

When to Watch: The broadcast will begin at 5:50 PM CST with the Majorly Minor Pre-Game Show and the game will begin at 6:00 PM CST.